The post-2015 Global development agenda of Sustainable Development Goals (SDGs) was adopted by world leaders in September 2015 during the 70th session of the UN General Assembly. The Revolutionary Government Zanzibar (RGoZ) has been committed to implementing and actively engaged in pursuing and achieving the Global 2030 Agenda of SDGs, Regional and National development agenda in order to bring the state into middle income level parallel with ending all forms of poverty and fighting with violence while ensuring that no one is left behind. To meet the commitment of Global 2030 Agenda, more data is needed as an evidence base which enable the Zanzibar Planning Commission (ZPC) to track the progress made towards achieving the targets of MKUZA III and SDGs. Therefore, involvement of all stakeholders including the Government, private sector, civil society organizations (CSOs), and international development partners is needed to smooth the role of ZPC who is responsible for coordinating, implementing and safeguarding of SDGs.

Several efforts have been undertaken for mainstreaming the SDGs including:

Currently, Zanzibar adopt 190 SDGs indicators whereby 156 indicators don’t have baseline data yet and 34 indicators have at least baseline data but not in the required disaggregation level. OCGS with the support of UNDP realized that there is no data for monitoring SDGs from Private Sectors while for Government Entities data are not uniform and have a number of shortcomings including lack of proper data collection tools. Also, under the support of UNFPA, OCGS adapted metadata for 78 SDGs indicators and succeeded to improve the metadata for MKUZA III and have been already entered in the Advanced Data Planning Tool for mapping process. These will results to data roadmap for SDGs monitoring.

Agenda 2063 have been adopted in the Summit of the African Union (AU) in Addis Ababa, Ethiopia in the year 2013. Head of States and Government at their 50th Anniversary Solemn Declaration laid down a vision for Africa they want to see in the next half a century. The Africa We Want, is the blueprint of continental socio-economic and political transformation. Agenda 2063 is an Investment opportunities and Global interest in Africa that need to Capitalize on. Agenda 2063 are new phenomenon to most of member’s state, unlike Global Agenda 2030 which is commonly known, and a lot of efforts have been done to make sure it understandable. Many African countries haven’t done localisation and domestication of Agenda 2063 as compared with SDGs. One of the key strategies for Implementing Agenda 2063 for the African countries is to internalize, mainstream the Agenda 2063 into National Development Policy and Planning Instruments.

The Domestication and harmonization of the Agenda 2063 has come to right time as the African Union Development Agency and the African Union Commission convened a meeting among all Member States to discussion the development of a Comprehensive Progress Report on the Implementation of the First Ten Years Implementation of Agenda 2063 by using VNRs reports already presented in the HLPFs’. The meeting has also called up on all member states to conduct domestication, harmonization and awareness creation sessions of Africa’s transformative agenda 2063 in their respective countries.

The United Republic of Tanzania has mainstreamed the SDGs whose goals relate with Agenda 2063 in national development frameworks, particularly through the medium-term planning frameworks, that is, FYDP II and MKUZA III. The Agenda 2063 (The Africa We Want) and the launching of the Sustainable Development Goals (SDGs), translate into a unique possibility for Zanzibar/Tanzania to align its ambitions with regional and global development goals.

Zanzibar Strategy for Growth and Reduction of Poverty III has outlined the development aspirations of the Revolutionary Government of Zanzibar in the next five years. The aspirations are structured along the mentioned five Key Results Areas (KRAs) that are targeted by interventions that will be pursued. These are Economic growth, Human capital, Services, Environment and Governance. In all areas, Zanzibar has a number of policies, strategies which have impacts to all Agenda 2063/SDGs. 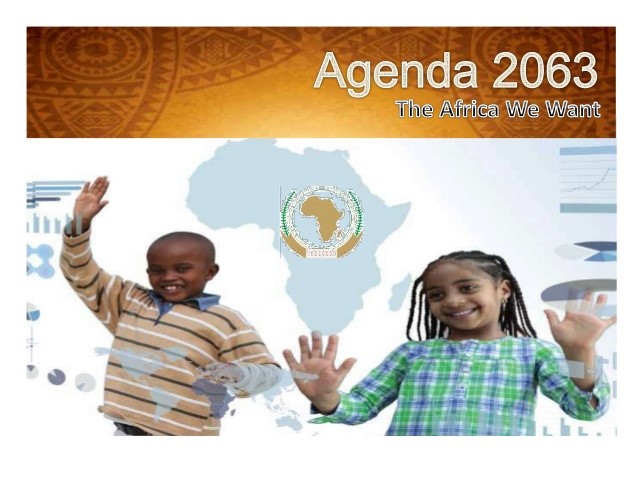